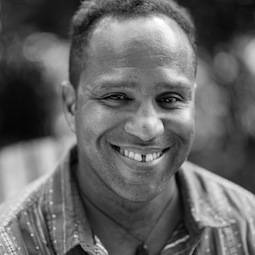 James Edward Mills is a 2014 Fellow of the Mountain & Wilderness Writing Program of the Banff Centre in Alberta, Canada, and the 2016 recipient of the Paul K. Petzoldt Award For Environmental Education. As a freelance journalist and an independent media producer in a career that spans more than 20 years he specializes in sharing stories about outdoor recreation, environmental conservation, acts of charitable giving, and practices of sustainable living.

He has worked in the outdoor industry since 1989 as a guide, outfitter, independent sales representative, writer, and photographer. He is the author of the book, “The Adventure Gap: Changing the Face of the Outdoors,” and the co-writer/co-producer of the documentary film, “An American Ascent.”

With skills in audio storytelling, Mills’ radio production credits include Wisconsin Public Radio, the Public Radio Exchange, American Public Media’s Marketplace, and the Public Radio International programs “To The Best of Our Knowledge” and “The Tavis Smiley Show.”

In recognition for his work in sharing the important history and legacy of the Buffalo Soldiers and their efforts at the dawn of the National Park Service James was named a Yosemite National Park Centennial Ambassador in 2016.

In 2020 Mills’ book, “The Adventure Gap,” was named by Outside Magazine as one of the 10 “Outdoor Books that Shaped the Last Decade.”

Currently a faculty assistant at the University of Wisconsin-Madison’s Nelson Institute For Environmental Studies, James teaches a summer course for undergraduate students on diversity, equity and inclusion in outdoor recreation and public land management called Outdoors For All.